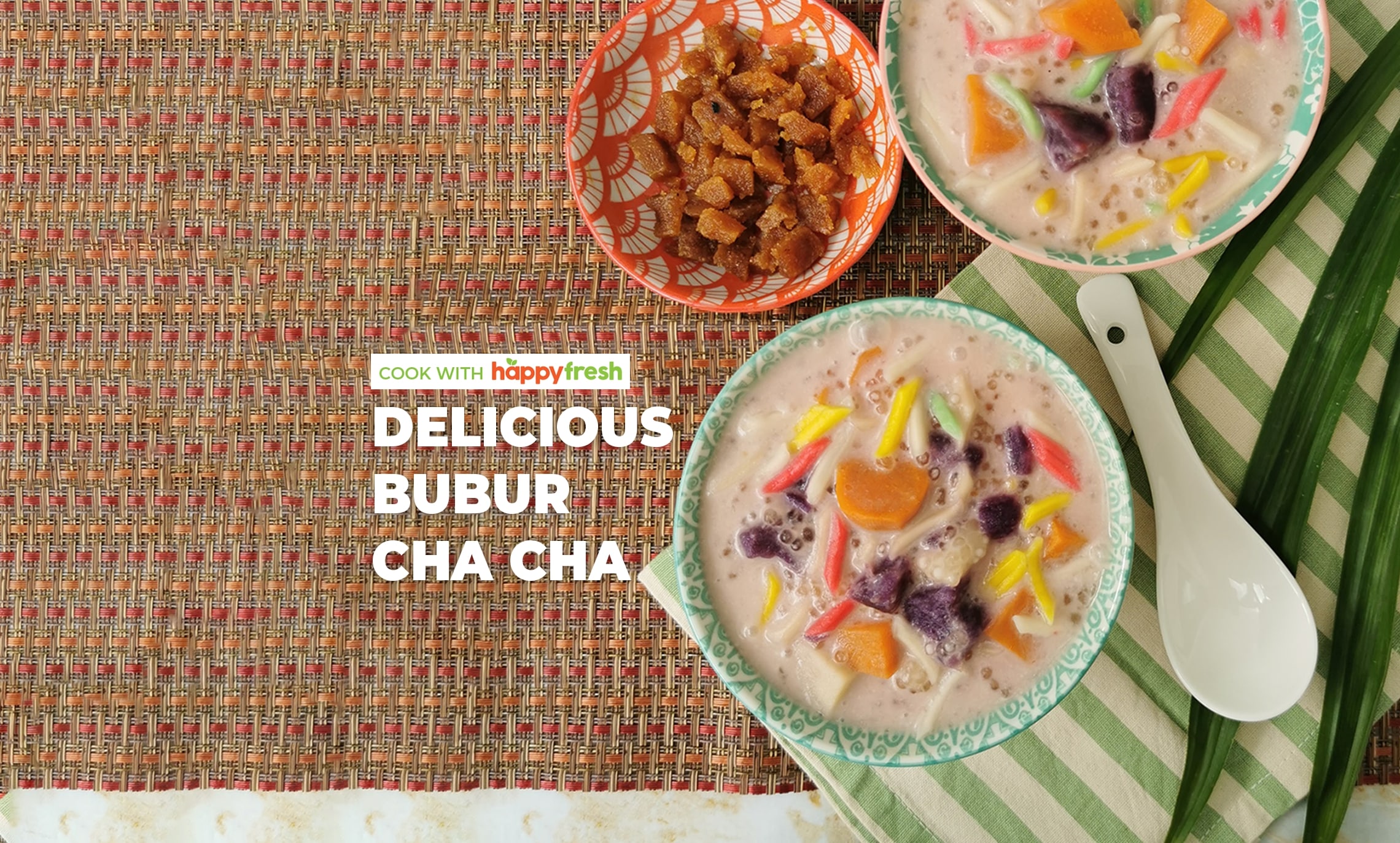 Brighten Your Day with A Bowl of Sweet Bubur Cha Cha

Install Now! Ever been drowned with task on task at work only to be visited […]

Ever been drowned with task on task at work only to be visited by random dessert cravings that happen to emerge out of the blues? Sounds relatable, right? That’s because it happens to us all the time!

When it comes to dessert or munching distraction, we always seem to slant towards the sweet and savoury, among the usual include ice-creams, cakes or the much trendier option, bubble tea that you could find at a convenience store nearby. However, we seem to be forgetting the traditional desserts, probably because they aren’t always easy to find or served at restaurants near you. Among the many that occupy a long list is the bubur cha cha.

What is Bubur Cha Cha?

The bubur cha cha is a coconut milk based dessert popular in Malaysia and neighbouring Singapore. It is a little under the radar in the city of Kuala Lumpur but quite a famous bowl in the streets of Penang and other states with strong ties to the Nyonya and Peranakan culture.

It is served with an array of ingredients such as the cha cha, sweet potato, yam, sago and more, serving out a bowl which is colourful to our eyes and our taste buds.

Over the years, bubur cha cha has found its way into various countries throughout Southeast Asia, bolstering a medley of ingredients making it distinct to that country alone yet still maintaining its sweetened coconut milk taste and colourful ingredients.

Unlike most desserts, the bubur cha cha can be eaten hot or cold, depending on your preference however since it contains coconut milk, it cannot be kept for long as it will turn back quickly. Consume it within the first 24 hours. You'll Be Drinking More Green Tea After Discovering These Benefits