Install Now! As far as you may already know, Roti canai is just a flat […]

As far as you may already know, Roti canai is just a flat bread that is mainly made with flour, water, drizzled with some oil and is slapped down on the pan repeatedly. Have it with Teh Tarik? Boom! An undeniably good combo! Believe it!

Roti Canai, also known as Roti Parotta or Roti Cane originates from India, but in Malaysia, sometimes you will see a flying Roti Canai , Roti Bom, Roti Tisu, Roti Banjir, Roti Susu and many more creative kinds of Roti Canai that makes you irresistible to not to try every single one of it!

Have you ever felt like not going out of home, but you are really craving for Roti Canai? And to think that it is almost impossible to make one at home? Why don’t you try this one simple Roti Canai recipe and see whether you can make the impossible possible! Steps on how to make: 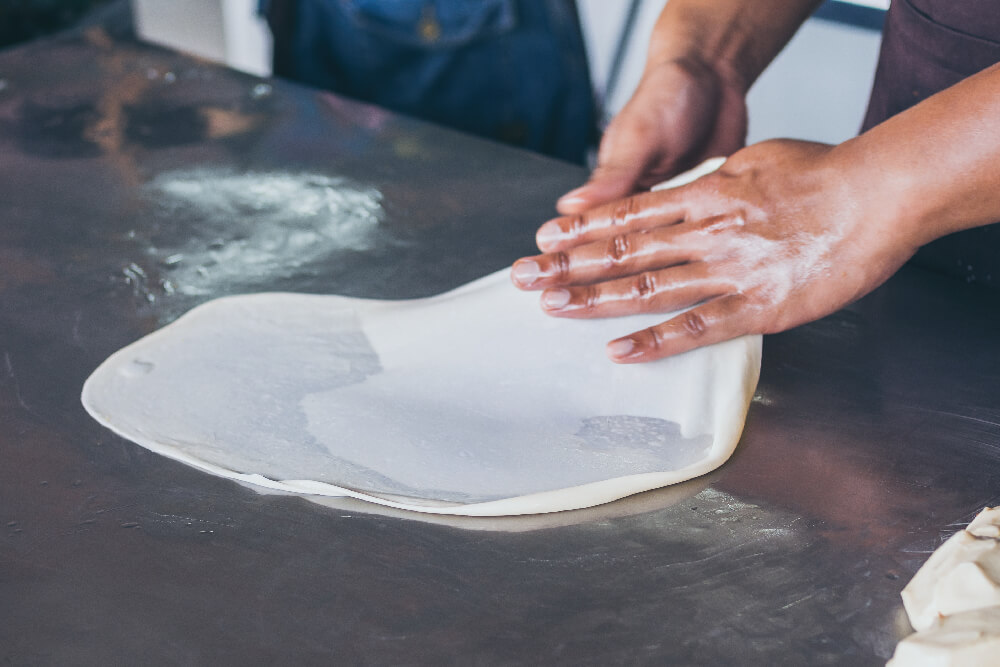 Roti Canai is best served hot with Curry and Dhal, but you have nothing to worry about as you won’t let it go cold once you have a taste of it. Try having it for breakfast in the morning or during tea time with family and friends. You will be astonished at how wonderful a plate of Roti Canai could be!

Imagine that you can now make it yourself and have it anytime or anywhere you want? Now, shopping for the ingredients with HappyFresh is definitely fuss free as you don’t even have to step out of the house just for a Roti Canai! Seriously!

Also Read: How to Cook the Perfect Curry Mee for Your Friends and Family Online Groceries Shopping at AEON is Now Available, Try It with HappyFresh

Do it Right! Soft and Delicious Kek Batik Recipe

Get your Groceries delivered by HappyFresh and spend time with your loved ones!